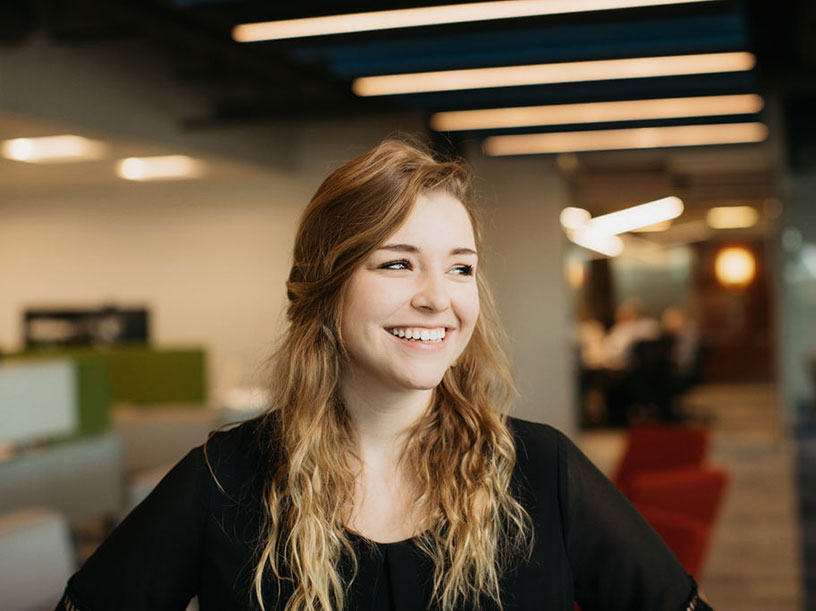 Megan is from Gretna, Nebraska and has been with BCDM since 2019.

Megan assists in many aspects of the design process, including interior elements such as floor patterning, selection of materials and finishes, selection of furniture options, as well as working through construction documents and project specifications to prepare final work for the client. Outside the office, Megan can be found within the walls of the Orpheum Theatre marvelling at the sights and sounds performed on the stage. She is also involved in her church working as a volunteer for youth ministry.

Academic
University of Nebraska-Lincoln
Bachelor of Science in Design

University of Nebraska-Lincoln
Minor in Art History and Criticism

If you could pick up a new skill in an instant, what would it be and why?
I love playing the piano, but I would love to be able to pick up any instrument and play. My dream is to pick up a cello and play Beethoven’s 5th Symphony.

How did you become interested in this field?
In high school I had dreams of becoming a marine biologist and was working as a volunteer at Omaha Henry Doorly Zoo and Aquarium. It was there, working in the basement of the Aquarium, doing water chemistry that I decided I was not destined for the science world. Since I began working there, I had been thinking of solutions to the problems within the space; after some research, I found my passion lay in the interior design world.